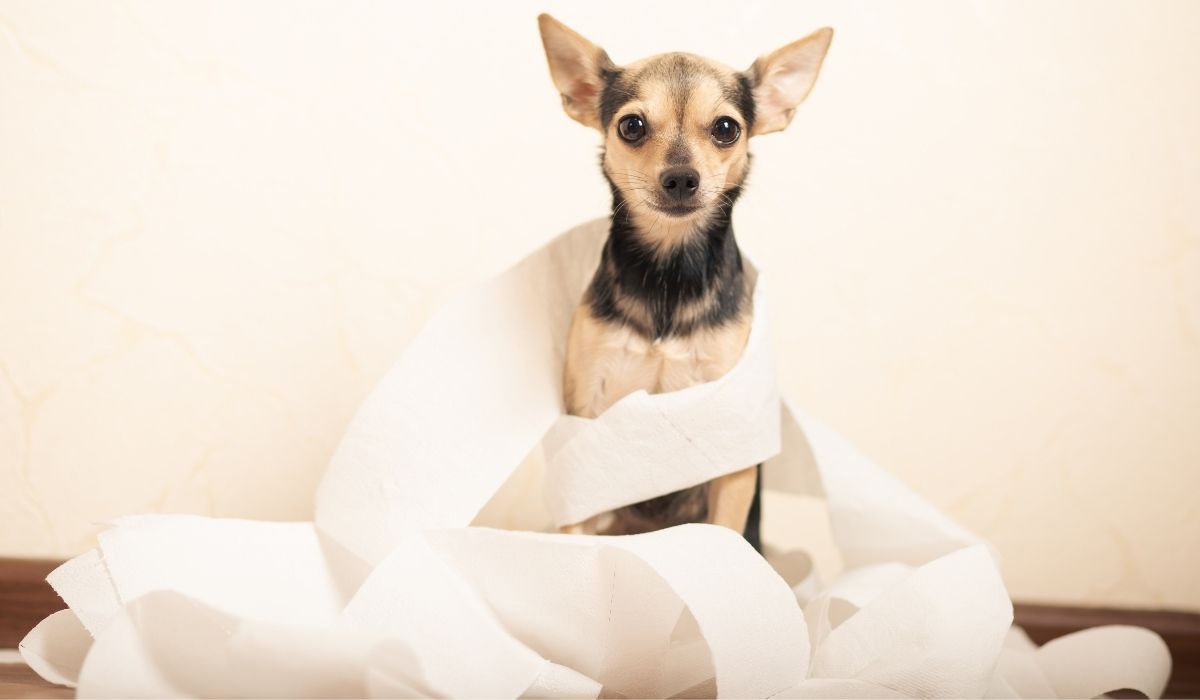 Five months ago, my dog was constantly running to the toilet, with lots of help from me, of course. I had absolutely no idea what to do. If I had known about Propectin for dogs, maybe the case would be different.

Luna could not be still for twenty minutes without the need to excrete some of the things in her system. And you know what happens to you when you have diarrhea; you become weak and dehydrated.

There was no way we could go on like that. I tried several anti-diarrheal medications, but nothing seemed to work. Eventually, my veterinarian recommended the chewable Propectin tablets; they became the Holy Grail for me when they cured Luna’s chronic diarrhea.

Propectin for dogs helps with intestinal problems and bowel issues. It has taken care of such issues for at least ninety percent of the people whose dogs have had stomach problems. It is the medication you always want to have at hand in case things get… runny.

If you have a furry pet, a dog especially, that has bowel issues, vomits, or has been having trouble eating due to an upset stomach, then, you are probably looking to buy an anti-diarrheal drug or any other probiotic you think may work.

Before getting anti-diarrheal drugs for your dog, there are a few things you should consider. One of the things you should make sure of before buying any medication for intestinal issues is that you get a prescription. Anything that has to be ingested into your dog’s system should be duly prescribed. A prescription is also necessary because some illnesses may not be what they seem to be, so it is best to have a professional’s confirmation. Administration without a prescription can also be the leading cause of an overdose which has several complications.

You should also note that the drug may have possible side effects, so, in the first few days of administering it, it is best to monitor your dog closely. If your dog develops any strange reactions, you should take it to see a vet immediately. It may be sensitive to one or more of the components of the drugs and is reacting to it.

Propectin is a drug for dogs that comes in both tablet and paste form; it treats stomach issues like vomiting and diarrhea in dogs. It is more commonly called Pro-pectalin. Its name is gotten from one of its major ingredients – pectin- which is a fiber derived from fruits.

Other ingredients include kaolin and a useful bacteria called Enterococcus faecium, which explains why it is called a probiotic. The tablets have flavors that entice dogs, and they usually will not refuse them. One of such flavors is the beef liver flavor; imagine your dog refusing something that tastes like beef; you probably can’t.

Propectin is effective in stopping diarrhea. The kaolin component helps to absorb excess water from your dog’s stool to make it firmer; it is also the one that soothes an upset stomach. Kaolin, as commonly known, is a type of clay that explains its efficiency in absorbing water. The drug also helps to restore the average bacteria population in the stomach and maintain the pH of the intestine. It starts working within twenty-four hours of administration.

Propectin For Dogs: Features And Benefits

Propectin for dogs comes in chewable tablet form but also in paste form. The tablet seems to be the more common one. Either one works for the dogs, however, because they taste really good; the producers have hacked the perfect flavor that will be irresistible to dogs – the beef liver flavor.

The fact that the tablets are chewable also helps matters because dogs love to chew, and ask for their toys. The tablets can also be mixed with their meals or treats in the rare scenario where your dog refuses the tablets.

Within twenty-four to forty-eight hours, Propectin kicks in, and you start seeing relevant improvements in your dog’s state. The drug does what it has been claimed to do; it helps to soothe an upset stomach, maintain the normal pH of the guts, and absorb excess water to produce firmer stool.

If, after 48 hours, there are no meaningful improvements, you may want to recheck your prescription or go to your veterinarian for a reassessment of the diagnosis.

Propectin has been scientifically tested and is approved, so you do not need to worry about any harm or toxicity. The only but in this is its safeness for pregnant and lactating dogs, which has not been tested.

Other Alternatives To Propectin For Dogs

Imodium is another anti-diarrheal drug for dogs. It functions by slowing down food passage so as to increase the time for water absorption in the guts. This produces the same result of the firmer stool as Propectin. The way it functions can, however, have adverse effects on certain types of diarrhea. It is also, definitely, prohibited for pregnant and lactating dogs.

This is another anti-diarrheal drug with the extra catch that it is also used for humans. It performs basically the same function of stopping diarrhea. It is dangerous for pregnant and lactating mothers as well. It may not be the best option for dogs, however, because it was not made specifically for them.

This is actually an acid neutralizer that has the side job of treating diarrhea. Its major downside is that the government does not approve it.

Diarrhea, upset stomach, vomiting, nausea, and any form of gastroenteritis in dogs are problems that can be easily solved with an anti-diarrheal probiotic drug-like Propectin.

Propectin for dogs will make stool firmer, soothe the guts, and maintain the intestine’s normal bacterial state and pH. It works fast and is very easy to administer since it tastes good, at least to the dogs. Click here to check out the Propectin tablet for dogs.

You can also check out our article on Derma-iONX For Dogs to learn how to improve your dog’s skin health.

When should I give my dog Pro-Pectalin?

The pro-pectalin tablets can be adminstered at meal times. It can be administered every 8 hours or as directed by your veterinarian.

How long does it take for Pro-Pectalin to work in dogs?

Pending on the causative agent of diarrhea your dog is experiencing, pro-pectalin should take effect within the hour. It is recommended that you consult your veterinarian for appropriate dosing and if there is no relief within 24 to 48 hours.

Can I give my dog Pro-Pectalin every day?

Pro-pectalin is safe for everyday use. However, your veterinarian should advise better on the frequency and duration of administration.

Do I need a prescription for Pro-Pectalin?

At this time, you do not need a prescription for pro-pectalin.