Parvo K is a homeopathic remedy for treating vomiting and diarrhea in dogs. It helps in maintaining the proper functioning of the digestive system. Parvo-K helps in supporting the healthy balance of the fluid contained in the body. It also provides for adequate hydration in the body. Parvo-K for Dogs, homeopathic medicine is an excellent remedy for preventing loose stools and making them more firm and healthy. It helps to maintain and balance the natural cooling system of the dog’s body.

Being a product of PetAlive, it can be considered to be one of the safest products to give to your dogs. It is because of the constituent of all natural and homeopathic ingredients.

Pet Alive Parvo-K is a homeopathic remedy for treating vomiting and diarrhea in dogs.

Sucrose – Sucrose is the only inactive ingredient in the Parvo-K homeopathic supplement for dogs.

The dosage of PetAlive Parvo-K for dog supplement is different for the dogs of different weights. This Native remedies digestive support for gastrointestinal health in pets should be given only according to the capacity each size of dog can withstand. See to it that the dosages are provided as per prescribed to get the best results. You can give this supplement to dogs of any age too.

One should administer Parvo-K supplement for five times a day. The initial treatment continues for the first 10 to 15 days. Then later on depending upon the change of the medication on the dog, you can reduce the administration to 3 times a day. It can be continued for seven days and then see the results. If required you can keep in this level.

There are no drug reactions or side effects reported against Parvo-K. But to be on the safe side consult a doctor before you give this medication to your dog. Dogs that are pregnant or in the nursing stage should not have any medicines without seeking permission from your doctor.

The Parvo-K for dogs is available for purchase in the site of Native Remedies under the PetAlive category. Please click on the following link to purchase it right away: http://www.nativeremedies.com/petalive/products/parvo-k-relieves-diarrhea-symptoms.html

Parvo K has received mixed reviews from many pet owners. Some people claim that the product was very much helpful to the dogs. Some owners have the opposite to say. For instance, an owner whose dogs fell ill fed her with baby aspirin, Pepto Bismol, etc. But could not see any improvement. She stumbled across Parvo-K and though finicky initially tried it on her babies. The results were impeccable. The dogs showed good improvement not only in energy but also appetite wise which included a pregnant doggy too. Though she wasn’t aware Parvo-K would affect a pregnant dog, she was quite positive about the results displayed by the pregnant dog.

The con side has a different story. Few pet owners say that Parvo-K gives false promises to dogs and its owners. An owner tried out Parvo-K couple of bottles in the hope that it will work out good for his dog. But sadly it didn’t go well on the dog.

Where can I buy Parvo k online?

Well, you can buy parvo-k in stores online. They are available for a lower price with the best promo, coupon deals in the manufacturer’s website or stores like Amazon, Walmart.

I would say that if you are planning to buy Parvo-K for dogs homeopathic supplement, make sure you are consulting your pet’s Vet before ingesting this product to save some time, energy and money. 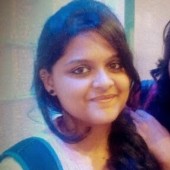