InteroSTOP Interomone spray is a method of controlling badly behaving dogs. This spray precisely contains pheromones from other animals which is repulsive to them. The pheromone used here is androstenone from pigs. This pheromone changes the dog’s behavior.

The InteroSTOP Noise and Interomone spray is a tricky device that tricks the dog. The InteroSTOP, when pressed for spray, makes a noise that sounds hissing but mimics the sound that the dog trainers make while training them. This works simultaneously and instantly, hearing this noise and the pheromone smell together makes the dogs behave well.

It works immediately. There are no side effects as the ingredient used is a synthetic compound to mimic the natural pheromones. It also contains the fragrance of lavender and chamomile.

InteroSTOP Noise & Interomone Spray – Controls badly behaving dogs. It contains pheromones from other animals which is repulsive to them. The pheromone used here is of pigs.

It is eco-friendly with no use of propellants to spray. The shelf period is somewhat longer than other means. It stays safe and effective for three years.

InteroSTOP Noise and Interomone spray have been used by many veterinarians, pet owners, and dog trainers, groomers or behaviorists, etc. The uncontrollable and aggressive dogs are calmed down instantaneously when this device is handy. It is mainly used during training, examination, and grooming. Per owners mostly use it when taking the dogs for a walk. While walking, the dogs can be up to some mischief and misbehavior. With the InteroSTOP Noise and Interomone spray, that problem is taken care of easily. The lash pulling while on a walk is a constant problem, and this spray can control that.

InteroSTOP Noise and Interomone spray are packed in a 1 oz bottle. Though it is mentioned as a device, it is just a sprayable bottle that is made to sound hissing when the nozzle is depressed. The bottle comes in a bag-on-valve that helps with carrying it anywhere.

The pig pheromone dearly called pig perfume is unpleased to the dogs that they choose to calm down instantly. It curbs the excessive barking and jumping in dogs that they show when going out or receiving guests at home. This pheromone has found its effect o dogs in calming them.

The dogs are tamed of their aggressive behavior with the help of this. The effect is instantaneous. If the dog has a habit of opposing to something particular, use InteroSTOP Noise, and Interomone spray each time while training it and as time goes by it will get used to the idea and start to stay calmer.

The pheromone used here is not natural but is synthetic, yet it has the same effects as the natural one would. The pungent smell of it is not so appealing to anyone for that matter. Though the smell is repulsive, it is surprising that the dogs show a calmer demeanor.

InteroSTOP Noise and interomone spray are effective in reducing the excessive and unwanted barking. It is not meant to stop the dog from barking at all. Know your dog well before trying out this solution. 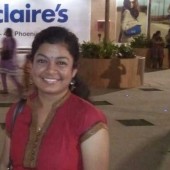